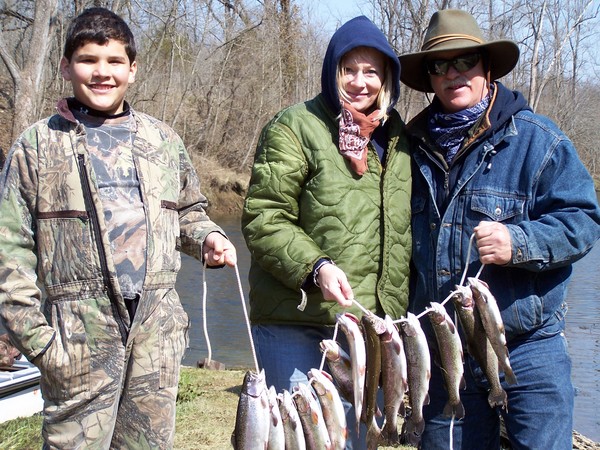 What Makes It “Fast”? – We call it “fast” because you’ll catch several rainbows per hour. That’s a lot of fishing action in a day compared to a trophy trip where you’ll typically catch only a few trout. These rainbows and smaller browns will be from 3/4 of a pound to about two pounds, and will be from 12 to 18 inches long. It is not unusual to catch 50 of these in a day.

How Big Do They Get? – Any trout weighing four or more pounds is considered a trophy. But several trout per year are caught which will weigh far more than four pounds. The current Arkansas Record brown trout, which is also the past world record is 40 pounds, 4 oz. This huge Arkansas trout was caught on the Little Red River and was the world record for many years. Two other brown trout that were slightly less than this 40 pound 4 oz. monster were both caught in the North Fork River where we frequently fish. The largest rainbow trout caught and recorded in the White River 19 pounds, and the largest cutthroat topped the scales 9 pounds. The largest brook trout was 5 pounds and was caught in the North Fork River.

What Does It Take? – Catching a trophy trout is hard work. Compaired to our Fast Action fishing trips, the number of fish you will catch on a trophy trout fishing trip will be lower. In fact you may go several hours without a bite at all. Big trout are smart and wary. Therefore, it takes incredible patience to catch one of these big guys by means other than pure luck. We don’t recommend trophy fishing for anyone other than those who are very serious about catching a huge trout. But if that is what you want, we’re behind you 100 percent! All of our guides have caught their share of monsters so they know how to do it. To see the fishing video of the 28 inch trout being caught in the picture to the right, just click on the link.

Switching -Some of our guests like to fish for both trophies and typical trout in the same trip. This is hard to do and can result in lower fish catches. However, if you wish, we’ll be glad to give it a try as it can produce some very nice fish. Just let us know ahead of time so we can prepare your boat for both Trophy and Fast Action fishing. 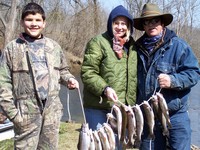 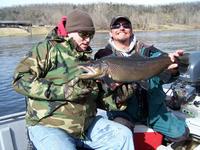 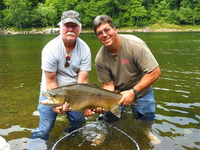 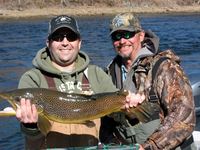 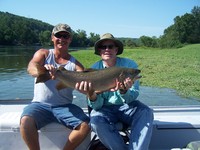