The crystal clear waters of the White River will lure you to the heart of the Ozark Mountains in Northern Arkansas. David Capps and Capps Guide Service Inc. will extend the true southern hospitality that comes from 42 actual years of guiding trout fisherman on Arkansas’s White River

David Capps will help ensure the fishing trip of your dreams for you and your party. Float along, on the river, and allow the tranquility of the water and the spectacular scenery revive your spirit. Catching that trophy Rainbow or Brown Trout will make it soar and it is our job to help you get there! David has 40+ years of practice, seeing to the needs of our corporate customers and all that goes with satisfying large groups. Experience the trip of a lifetime with Capps Guide Service, Inc. as your host at the Fisherman’s Lodge!

During the months of January through the end of March the Trophy Brown Trout are feeding on a diet of minnows the White River has naturally in its system. Thread Fin Shad are expelled into the White River during this time of year, sometimes by the tens or hundreds of thousands. There are several different artificial baits we fish during these months that mimic the shad that are discharged into Arkansas’s White River from the Bull Shoals Dam. When Fly Fishing for the Rainbow Trout or Brown Trout we use various white to grey marabou flies to fool the trout into biting. When Spin Fishing we use white marabou jigs along with several hard casting baits such as countdowns and rouges to name a few. When bait fishing we will use the shad its self. If the shad kill is not heavy we will use the shiner minnow or sculpin minnow to catch the larger browns.

During the months of April through the end of May both Brown Trout and Rainbow Trout start to change their diets from primarily a minnow diet to insects and worms, Capps Guide Service Inc. will change our fishing approach as well! When Fly Fishing on Arkansas White River during these months we will be using a Caddis Fly Pupa imitation and or a midge fly to get the Trout’s attention. The Caddis Fly Hatch can be one of the best times to Fly Fish on Arkansas White River for both Rainbow and Brown Trout. When Spin Fishing we will use a wide variety of baits from worms to crickets and crawdad tail or shrimp.

Summer is in full swing now on Arkansas White River, even though the outside temperature can be quite hot – White River stays at a almost constant temperature of 55 degrees. The releases from Bull Shoals Dam give us an air conditioner effect when we are boating on White River. During the summer months while fly fishing we drift a wide variety of nymphs under an indicator as well as surface fishing with Hopper Flies. While Spin Fishing Capps Guide Service uses whole Crawdads to catch the large Trophy Trout as well as Shiner Minnows and worms. Rainbows are caught on a wide variety of baits and 50 fish days are not uncommon.

Seasons are about to change but the fishing remains good, many of the same baits we have used up to this point still work well. About mid October the leaves are starting to change on Arkansas White River and Fall Colors add to the visual beauty while you are fishing for Brown Trout and Rainbow Trout. High numbers of Rainbow Trout are caught and Brown Trout are still feeding good as they prepare for the rigors of the spawn that will start to happen in November and will usually be over by February.

Outside temperature’s can be quite cold but the fishing remains good! If you like to fish and not see very many other boats on the water while you are fishing, this is the time to be on Arkansas White River. Capps Guide Service is ready to take you fishing!

Capps Guide Service Inc. will catch Rainbow Trout and Brown Trout every month of the year on Arkansas White River as our season is never closed! 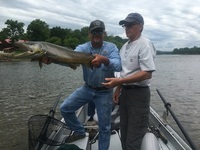 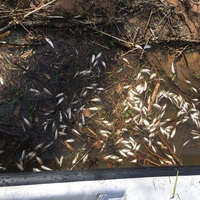 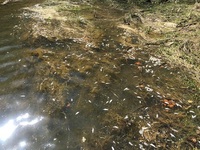 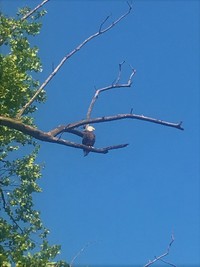