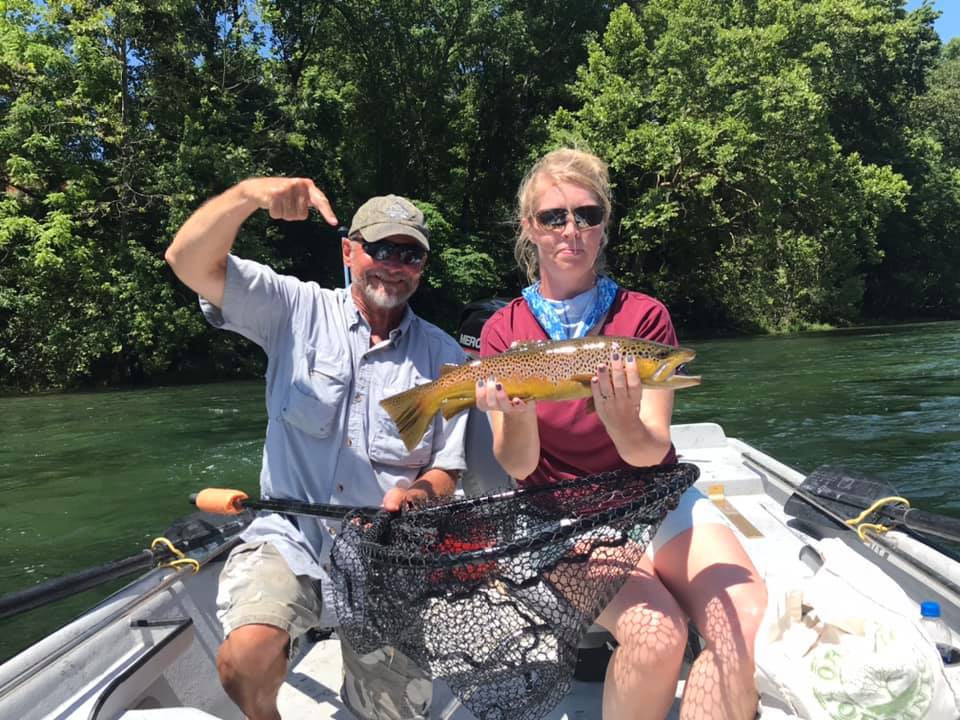 Over the next 10 years their trout guide business on Arkansas’s White River grew to the extent they needed a group lodging facility that would provide the amenities needed for their clients while in the area. In 2003, they opened The Fisherman’s Lodge and have never looked back! The Fisherman’s Lodge is perfect for holding corporate team meetings and/or fishing trips on the White River for Rainbow and Brown Trout.

David has Guided Trout Fisherman for over 40 years on Arkansas’s White River and is a licensed Coast Guard Captain. In 2011 as well as 2017, 2018 and 2019 he traveled to Alaska during July – September and fulfilled a lifelong dream of guiding fishermen for Trout and Salmon on a river in the Alaskan bush. David and Ginny have three children that grew up fishing the White River with their dad and all three kids (who are now grown) have been a big help to their mom and dad when asked to lend a hand with day to day operations at the Lodge.